Blog eCommerce The “Interested” Mindset: How to Win in Business & Relationships

The “Interested” Mindset: How to Win in Business & Relationships

One thing we discussed that I feel very strongly about, and, as I said in this interview, I wish I’d learned earlier…

Society teaches us that we should be interesting — like Dos Equis’ The Most Interesting Man in the World, who ice fishes in Alaska, does handstands atop galloping horses, and drops out of airplanes in just a canoe.

But I believe in being interested: in putting your attention on others, asking them questions, listening to what they have to say and actually caring about their answers.

While it wouldn’t make for an exciting commercial, I believe this practice will bring you great success in both business and relationships.

To find out why, watch this quick video or read the conversation below.

EF: If I could go back further — to high school — because by 2006 I’d already learned this lesson, but once I learned this, it was a big turning point for me…

I had been taught by society that the goal was to be interesting: to do cool stuff, and to have people think I was cool because I was so interesting because of all this bullshit I could do.

But when I flipped it, I learned that what’s really effective is being genuinely interested.

EF: Just in terms of… You get what you want from people who have it. If you want to learn how to grow an internet business, find someone who’s doing it and learn it from them, right?

A lot of things are going to come from the people in your life, and what people are looking for is attention and people being interested in them.

Everyone wants to sit there and tell you about how great they are, about all their stories. If you’re genuinely interested in other people, and you ask them questions about themselves and you really listen, then good shit happens.

And you can’t fake it. You can’t just be trying to get something or have some agenda. You have to let go of your agenda or goal and genuinely be interested in someone else.

This is translated in our industry into like “Move the free line,” which was an Eben Pagan thing from back in the day, or “Provide value first.” Everyone’s talking about that now.

But one way to look at it in your relationships is just to be genuinely interested in other people.

Attention is a commodity. People want attention. They don’t get enough of it. Everyone’s telling them how wrong they are. That they’re too fat. They don’t smell right. They’re not the right color. They’re not making enough money.

Everywhere they go they’re getting all this messaging about how they’re wrong, so if you’re willing to put attention on people and approve of them and find them right, then good stuff happens to you.

This has now turned into a mindset conversation, haha.

That stuff is powerful, man. And what’s interesting is that as you develop that skillset, you’ll be more aware of what your customers are interested in, and how to add value to your community.
You’ll be able to hear what people are telling you.

Send a post-purchase survey to anyone who buys from you and let them just write.

“Hey, how’d you find us? What’d you think? Where can we improve? What products do you want?”

Let them just write to you, and then read that stuff. Have it published into a Slack channel and actually be reading feedback in real time from your customers, because these are the people who you want to know what they want so you can do a better job.

So there are ways to take this concept and apply is practically to your business.

Did you enjoy this blog post? Great! You can watch my full conversation with Landon Ray here:

The Art of Multi-Channel Retargeting, with Ezra Firestone | Modern Ontrapreneur

And check out the Modern Ontrapreneur Podcast for more conversations with super smart and interesting people.

Highlights:
0:32 What’s really effective is being genuinely interested
1:10 You have to let go of your agenda or goal and genuinely be interested in someone else
1:30 Attention is a commodity
2:26 Send a post-purchase survey to anyone who buys from you and let them just write 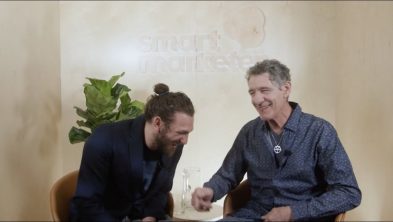 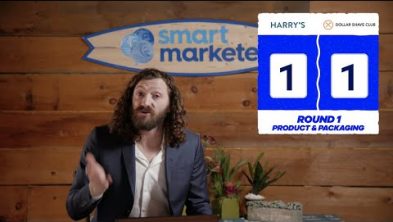 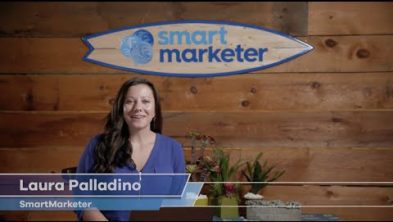