Well I think this advice is incredibly misguided. You don’t want to work hard and burn yourself out.

What you want—and this is the real key to winning in this game—is consistency. It’s about showing up every day and applying that slow, steady pressure.

Watch my latest video for more on how to work smarter and not harder, and why you should enjoy yourself now instead of putting it off until after you’ve “made it.”

Hustle. Grind. Sacrifice. Terrible advice. It’s misguided. Everyone’s telling you work hard, burn yourself out, give up your enjoyment in your life for the sake of work. I disagree with all of that.

It’s quite a controversial view point that I have in our community because all the celebrity entrepreneurs, the gurus, are telling you how to work harder, how to hustle harder. I think that what often happens is I see people work super hard and then burn themselves out.

People try to run and sprint and it’s like no, man, this is a marathon. What we’re doing is we’re planning a long game. We’re not spear fishing trying to eat. We’re planting seeds and we’re watering them. We’re watching sprouts grow and watching those sprouts turn into trees, and bare mangoes that feed us for generations.

You don’t want to burn yourself out. You want to hustle, and what I consider a good hustle is working smart. Don’t work more than 8 hours a day. If you’re working 10, 12, 14, whatever… If you’re working more than 8 hours a day, I can promise you that you will burn yourself out. Then what will happen, is you won’t have energy for your business, or for your relationships or whatever is going on in your life. And then you’ll kinda fall off.

So, what I want you to do is take it easy on yourself. Work a little smarter. The key to success in what ever your endeavor is, is not some secret trick. There’s no secret here. What it is, is slow, steady pressure. It’s consistency. It’s moving in that direction consistently over time. Applying that slow steady pressure.

All the people I’ve seen that failed in this business are those that gave up. The ones who burned themselves into the ground, the ones that worked themselves so hard that they didn’t have any energy left. It’s the old tortoise and the hair thing. You just want to move slowly every day.

So don’t hustle. Don’t grind. Don’t sacrifice. Do those things if you’re going to do them, but be smart about it. The advice of work yourself 10 hours a day, and work until your eyes bleed, and work super hard—is like okay, you’re going to do that sometimes, but that cannot be your constant state or you will burn yourself out. When you burn the candle at both ends, it meets in the middle and then it’s gone.

What you want to do is just work smarter. Be a little more consistent. Take it easy, enjoy yourself now. Have the things that you consider to be success, NOW. I remember when I was a kid, we didn’t have much money. I wore hand me down clothes. I ate the school lunches. I would go to my friend’s houses, and I would open their fridge and they’d have the lunchables and the juice boxes and the sodas. So I equated at one point success with the stuff you could by at the supermarket.

Whatever you consider to be success—if it’s getting a massage once a week—have that now. Because that will have you want to keep going. If you think, I’ll have fun later. I’m going to work super hard now and have a good time later. That’s a terrible idea. Because is what will happen is you will resent the work you’re doing, you’ll be miserable, you won’t have any energy to put into your relationships.

Enjoy yourself now. Work smart. Slow and steady, consistent pressure. Ezra Firestone here, with another shirt that my wife considers to be too small, so it might be the last time we see this. I don’t think it’s too small, but she does, so… 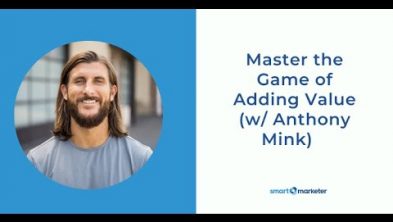 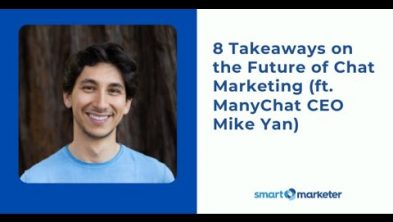 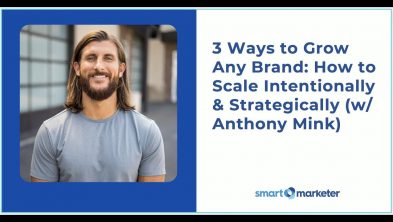