Blog Behind the Scenes Being Right, Getting Even

Being Right, Getting Even

Ezra: Hey. Ezra here from SmartMarketer.com with my best friend in the whole world, who is also my wife and our creative director here at Smart Marketer, Carrie Firestone.

Ezra: How you doing?

Ezra: Good. Thanks. Okay. Interesting, and I mentioned this last time, but it’s worth mentioning again. I get all the credit around here for everything that happens. Everyone just assumes it was me. I think one, because I’m a guy, I’m the guy, right. And men are generally, we are conditioned to think that the guy is the one who produced everything. But really she’s running the show around here. She is responsible for the success in our business, as much if not significantly more than me. And people will come up to you at events and be like, “So do you work in the business too?” She’s like, “Well, actually I’m the one running the show around here.”

Carrie: That’s not what I say.

Ezra: That’s not what you say. No. What do you say? You say yes?

Carrie: No. It’s always a difficult moment. I’m kind of like, well, it’s a partnership.

Ezra: Yeah. It’s a partnership. It’s really a partnership and that’s what we’re talking about today. Successful partnerships will allow you to produce results that you could not fathom of producing on your own. One of the ways that we have found that helps us in our partnership is not having our attention on being right.

Carrie: It’s true. Being right is a popular goal, but not really a pleasurable one.

Ezra: That’s right. A lot of people are running around, having all their attention on being right and battling people down so that their viewpoints are heard, and that people recognize their rightness. But they’re often very lonely, because when you’re right, you’re right all by yourself.

Carrie: Yeah. It’s kind of like, “Great. You won a battle. You are right. The other person has backed down and admitted that they are wrong. Now what?”

Carrie: Now you have a miserable person. If that person is your partner.

Ezra: In business, in relationship, whatever.

Carrie: A friend even.

Ezra: Yeah. So there’s a bigger game than getting right and being the right person. And that bigger game is conspiring together. We talked about conspiracy in our last blog video, about how conspiracy tends to get a bad rap as a word . . .

Carrie: They can watch that one.

Carrie: Yeah. You want to keep your focus on the bigger picture of what you’re trying to create, beyond just this one moment of who’s right or wrong about this particular situation or that particular problem.

Ezra: Right. Right. And you’ll see it a lot at like the dinner table. Everyone’s splitting the tab. It’s a lot of fun if you can afford it, if you’re in a position to afford it, just take everyone out. It’s more fun to take responsibility for your partner having the things that they want, and you get to have the things you want. But the tit for tat.

Carrie: It’s just more fun to play from the position of we can both do whatever we want to do separately in a way that feels good to both of us.

Ezra: Right. And we’re not saying just do whatever you want to do, and don’t take your partner into account.

Carrie: We’re saying the opposite of that.

Carrie: We’re saying take each other into account so much that you feel good about giving your partner the space to do whatever solo thing they want to do. And that they feel good about giving you the space to do whatever solo thing you want to do. And it usually doesn’t take that long to get to that point. It takes a little bit longer than just playing the tit for tat.

Ezra: Than don’t communicate, or we’ll do this thing, you do this, I do that. It doesn’t take that much more effort to create that, is what you’re saying that’s true.

Carrie: And it doesn’t come with this big tail of weird feelings that you then have to sort through after you’ve done whatever thing you wanted to do.

Ezra: Right. Like you went and spent the company’s money on this thing. You kind of knew they didn’t really want you to do that, but you wanted to do that, and you didn’t really want to do the work to communicate. It’s always easier and better and more fulfilling and more profitable in the long run to do the work now of communicating and getting straight and figuring things out before you take action. Although it’s very compelling to just take action and do whatever you want to do in that moment.

Carrie: Especially if you feel that you’re really right.

Ezra: That’s right. So I think we’ve gotten four on this?

Carrie: I think that’s about it.

Ezra: Carrie Firestone. The one and only. From SmartMarketer.com, hope you enjoyed this video, and we’ll see you in the next one. 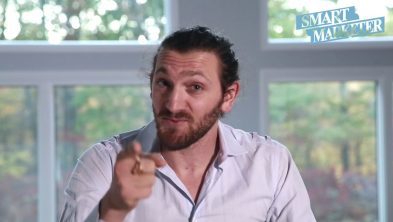 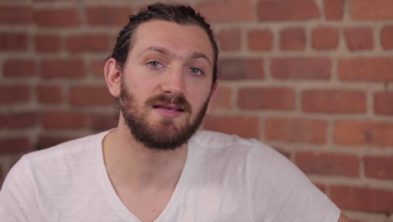