If you want to grow your business, there is no source of customers that is more consistent and scalable than paid advertising.

Facebook advertising is how we grew our ecommerce brand from seven to eight figures this year. (Right now we have campaign running that has made over $500,000 in revenue for us from only $62,000 in ad spend.)

This new strategy has changed the way we look at advertising and makes a 10x ROI on you advertising completely normal.

And in this post I’ll show you this case study for the campaign that’s made me $580,000, so that you can apply this strategy to your business.
?

It Starts With My 3 Pillars of Profitability

There are many advertising channels available to you (Facebook, Instagram, Google, Pinterest, etc), but this case study focuses on Facebook because it’s the easiest to use, has the furthest reach and in general I believe it to be the most relevant for the greatest number of people.

My goal for an advertising campaign is to move the prospect through the customer journey. That means engaging with them before they buy, during their purchase experience, and after they’ve already bought.

In these stages, I segment my audiences into one of three groups I call the 3 Pillars of Profitability. Here are my goals in each pillar:

#1 Awareness & Acquisition: Get your brand in front of people who don’t know who you are yet and generate leads. Exclude customers and subscribers from this audience, but target people who look the most like them.

#2 Retargeting: Retarget to people who have engaged with your brand. Track their funnel engagement and communicate to them based on what content they’ve already consumed.

The Loyalty pillar is where most of your money will be made. And this pillar is what I really want to focus on in this post, because advertising to customers who already bought from you will be the most profitable for your business.

The reason for this is because you’ve already incurred the cost to get them to know who you are (Pillar 1), then to follow up with them and show them why they should buy from you (Pillar 2). So by the time they get into this loyalty segment you have already delivered on your promise to offer them value.

(This means you have to have a good product, good customer service and integrity, because if they buy your product and it’s no good, you’re hosed!)

Unfortunately, too many business owners think the customer journey ends with acquisition—with their first conversion—so they never follow up with buyers to continue to add value and continue to make offers.

And they lose most of their potential profit because of it.

Creating loyalty segment is actually easier than you might think, and I’m about to show you how to set one up  inside of Facebook Ads Manager so you can start tapping into your most profitable customers.

I recommend that you fast forward to 7:00 in the video to see these loyalty campaigns in full detail.

It’s about a 10x return on investment, and in general within your loyalty pillar you should expect these kinds of astronomical results, which is why these ads are so important to implement.

Of all the pillars, Awareness & Acquisition is the least profitable. And yet I see many advertisers who only run awareness campaigns, and never follow up to retarget the people who engaged with them.

But it’s not that it didn’t work, it’s just that the advertising strategy was incomplete.

We spend $75 a day on this campaign. We only run it on mobile and desktop news feeds (not in the right column placement because that’s never performed well for us, as seen in the video @8:45)—and only to a small customer list of 95,000 people.

The ad we promote is essentially the sales video for our third most popular product that links them right to our product offer page (as seen in the video @10:00).

But we go even deeper to retarget within our loyalty segment.

For those people who saw my sales video for our next most popular product but still didn’t buy, I retarget them again.

If you watched 75% or more of our ad for this product—i.e. you’ve shown interest in buying—I want to follow up with you again, but this time with an image ad for that product (as seen in the video @13:00).

If our advertising is asking people to engage with us, then we want to be responsible about that engagement and make sure we respond appropriately.

This is the core philosophy behind these 3 pillars that I want you to understand: my advertising is all about communicating with people based on they’re behavior and what they’ve already consumed.

There are plenty of ways to use this strategy without spending $62,000. If you’re on a tight budget, one of the best ways to cut ad spend is by shortening your window of engagement in Facebook Ads Manager.

As an example I’ll use Facebook’s New Page Engagement Audience.

I’m excited about this new audience option because it allows you to advertise to people who have liked, reacted to, commented on, or shared any of your posts or ads in the past 365 days.

But 365 days is a huge window of engagement and many of those people will have long forgotten about you.

The more standard retargeting window is 30 days, but if you need to cut costs and make your retargeting more effective then shorten it to 7 days.

Because generally speaking, the more recently someone has engaged with you, the more likely they are to engage with you again. Retargeting those who have consumed your content in the last 7 days is a great way to get the most from your ad spend.

This short post can only scratch the surface of how we’ve used Facebook video ads to transform our brand to 6x the revenue it had at the end of last year.

If you want a more complete picture, click the link below the video to watch my 3-part video series on Facebook advertising.

Whether you continue onto the course or not, these videos are completely free and incredibly important if you want to understand how to advertise profitably.

I highly recommend you click the link above and watch all 3 videos, because there has never been a better time to be running video ad campaigns then right now.

(There is also great Q&A I do over Facebook Live at the end of this post, and you can watch it by fast forwarding to 21:00 in the video.) 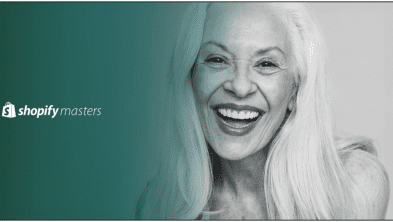 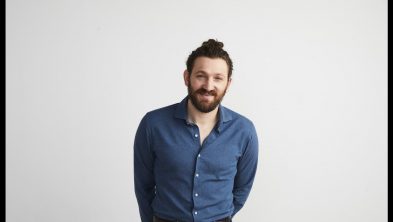 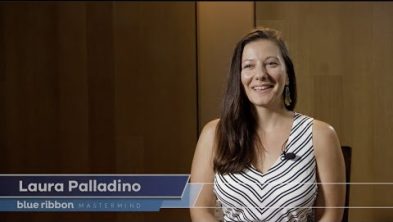